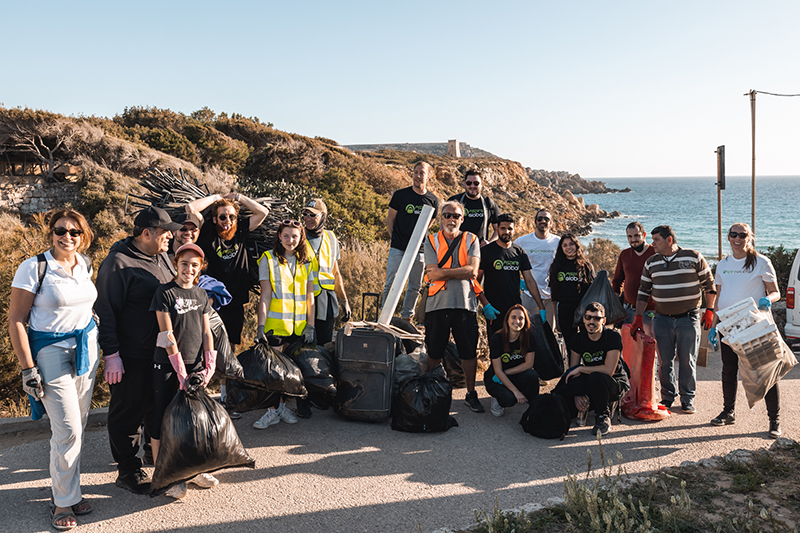 iGaming CSR in action! On Friday 22nd April over 50 volunteers from the iGaming industry, plus numerous family and friends, gathered at Golden Bay for the latest IGEN clean-up to coincide with Earth Day 2022. We had been planning a major clean-up since the autumn of 2021, but due to poor weather we had been forced to postpone several times. 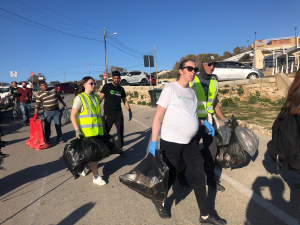 We know that there is great interest in the iGaming industry around CSR and giving back to the community, so for this event we created an online registration to get a fair idea of how many people would be coming, and from which companies, and on the day we had a good turnout, with representatives from ComeOn, MGA, Hero Gaming, Betsson, Aspire Global, VideoSlots, Internet Vikings, IGEN, Pariplay, GamingMalta, Catena Media, Genesis Global, Kalamba and Thunderkick.

‘Thank you, it was a great event, we all felt we contributed positively to the environment while having a good time!’ Liesbeth Oost, Aspire Global

To ensure a successful, smooth and efficient clean-up we co-ordinated with Cami Appelgren of the Majjistral Park Rangers, who are responsible for the cleanliness of the park itself, plus the beach and sand dunes, and together we identified three surrounding areas where we could best concentrate our efforts.

Area One was to the west of the beach at the foot of the cliffs below the Radisson Blue Hotel. Area Two was the stretch of road leading from the car park round to Triq Ghajn Tuffieha and up to the park entrance. And, dependant on having enough people turn up on the day, we also had a third area in mind, and this was the headland area above Riviera out towards Ghajn Tuffieha tower. 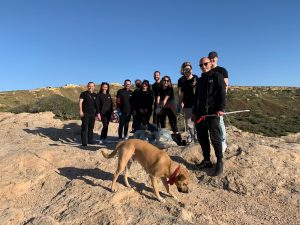 We had scouted these areas in advance, so we had a fair idea of the scale of the job at each, but as usual the situation on the ground actually proved worse than we originally thought… but luckily for us, this time the weather was perfect. The previous day’s gale force winds had subsided, and we had a clear blue sky and a gentle breeze, and many people were gathered on the beach enjoying the afternoon sun.

Gathering opposite the bus stop at 16:30 we divided into three groups. We handed out bags for general waste and recyclable materials, plus gloves for those who needed them, and keen environmentalist Glen from IGEN lead the first team, comprising VideoSlots volunteers, to Area One, between the waterline and the foot of the cliffs, stretching from Aquamarine Watersports to the furthest of the boat houses. 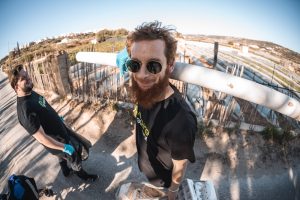 Although relatively small in size, this area has clearly missed out on clean-ups in the past, and a lot of the litter there was old and ingrained, so we pulled out a surprising amount, filling many sacks and also removing larger objects, placing some in a cache to be removed by boat later. 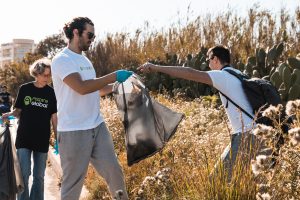 Enrico lead the largest team to Area Two. We knew this was by far the worst area, but even our initial scouting did not hint at the sheer volume and variation of the rubbish that was actually there… we recovered the usual plastic bottles, cans and food packaging of course, but on top of that were old car tyres, car batteries, abandoned luggage, bales of decaying irrigation tubing, furniture, household goods, plastic pipes and just about anything else you could imagine.

‘Very happy to take part and do our bit 🙂 Looking forward to the next time we can contribute and give something back to the island.’ Daz Darmanin, VideoSlots

As we had a great turnout we were even able to send the ComeOn and Hero Gaming volunteers, including family members and even a dog, to Area Three. Although not greatly impacted with litter this is a highly visible area, and we still managed to pull out quite a few sacks from the low growth trees and shrubs of Gaia Peace Grove.

The results of our hard work 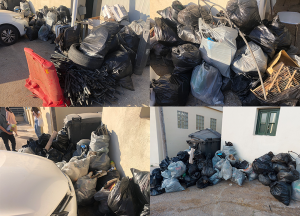 iGaming CSR in action: Shockingly, all this rubbish was gathered in just two hours by our dedicated volunteers. Well done!

At 18:30 we had arranged to meet by the cleaning station next to the beach to deposit all our spoils ready for collection. Cami had already contacted the waste services and informed them of the clean-up, so we could happily place everything there secure in the knowledge that it would be removed later, and relocate to Munchies for some well-deserved refreshments. 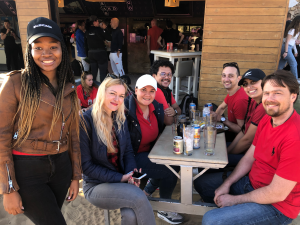 The atmosphere on the beach was one of satisfaction for a job well done, with smiles and happy conversation aided by a generous flow of cool drinks to sooth the many dry throats. There was also a lot of positive anticipation for more opportunities to get involved in future, and we have just announced our intention to organise another clean-up to coincide with World Ocean Day on June 8th. More information will be sent out soon, hope to see you there! 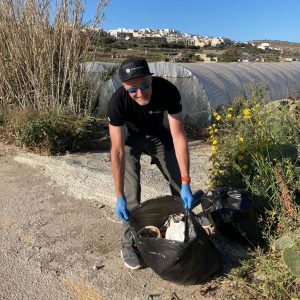 “There are many things one can do to improve the environment we all share, and it is extremely gratifying to make a direct and very tangible difference by taking part in the clean up events organized by IGEN.” Internet Vikings CEO Peter Ekmark

"There are many things one can do to improve the environment we all share, and it is extremely gratifying to make a direct and very tangible difference by taking part in the clean up events organized by IGEN.” Internet Vikings CEO Peter Ekmark