On September 17th iGEN carried out our third clean-up of 2022, as part of World Cleanup Day 2022. This annual event gathers 60 million volunteers from 191 countries world-wide to get out and do good deeds for their local environment, and this year we were one of three official participants from Malta. Our aim was to create the biggest single cleanup seen in Malta to date, breaking our attendance records from the previous two clean-ups for Earth Day and World Oceans Day.

We had already planned on a joint cleanup with KFS (Koalizzjoni għal Futur Sostenibbli) after our successful collaboration for World Oceans Day, and our plan this time was to target the popular beach destination of Ghajn Tuffieha. But instead of a normal beach cleanup we decided to focus on areas more off the beaten track, namely the roadsides and green areas on the main approach roads, and the area directly around the Riviera carpark.

We had been talking to Maria Vassallo Micallef of the EFRU (Emergency Fire Rescue Unit) to have them participate in some way, and she was more than happy to supply ten volunteers plus a fire engine and an ambulance to help out on the day. The next task was to establish a base camp for them to set up. 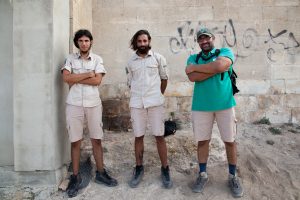 We contacted Mgarr Council and requested they let us have a dedicated area for our clean-up, and Executive Secretary Paul Cyprian Dalli was very helpful and proposed cordoning off part of the Riviera parking for our use, and also to supply transport. We had also been in contact with Daniela Buttigieg from the Ministry for Environment, Energy and Enterprise to promote our event, and she proposed sending rangers from Ambjent Malta to document the cleanup and weigh the collected waste to add to national statistics for the official and unofficial World Cleanup Day 2022 events taking place all over Malta and Gozo under the umbrella organisation Saving Our Blue. 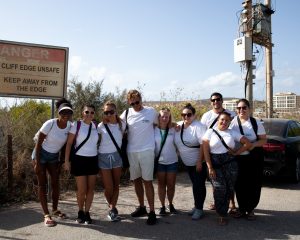 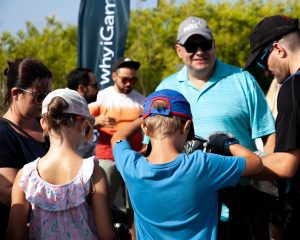 We had volunteers from eleven iGEN members including Videoslots, Games Global, Betsson, Raketech, Aspire Global, Trustly, Entain, Glitnor, Suprnation and GamingMalta. Everymatrix joined up through our WCD event page, and we also had a great turnout from KPMG, with circa 40 volunteers swelling our total ranks to 85!

At 15:00 the rangers arrived under the leadership of Gordon Portelli, and shortly after the EFRU made their entrance, and we set up our base camp, clearly demarked with iGEN flags, and containing our protective glove and bin-bag supply. At 16:00 the first volunteers began to arrive, and the work began of dividing them into teams and equipping them, supplying hi-vis vests for the teams heading off to clean Triq Ghajn Tuffieha. We also supplied them with luggage scales to weigh their collected bagged finds, it being too far to carry back to the ranger’s weighing station at base camp. 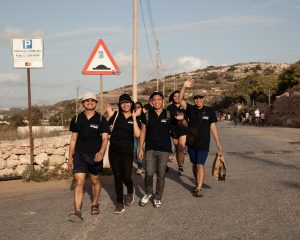 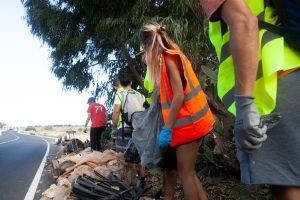 In over 30-degree heat and blazing sunshine the clean-up began, with the EFRU taking the heavily littered but inaccessible carpark north boundary under the leadership of Josef Mizzi. The KPMG team headed up Triq Ghajn Tuffieha on foot, and Mgarr Mayor Paul Vella volunteered as driver for our mini-bus transport, taking our Videoslots and Betsson team further up the hill to their starting point, joining KFS’s Glen Galea. 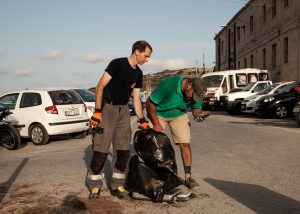 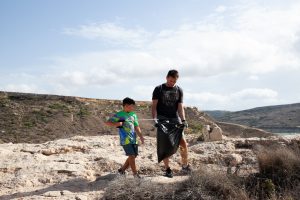 Everymatrix, lead by Michelle Lewis, headed towards Manikata to complement the KFS team lead by Albert Attard making their way down from Mellieha. Our other volunteers and rangers took charge of the green areas and open spaces between Ghajn Tuffieha and Golden Bay. KFS also held a cleanup on Riviera Beach, with sifting for microplastics as part of a world-wide investigation to measure plastic pollution, with sifting taking place at a number of beach locations around the islands. 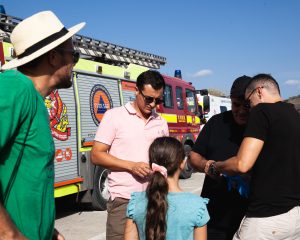 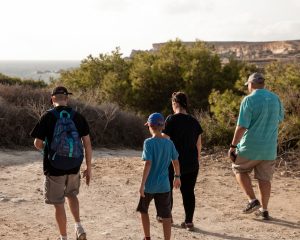 As the waste started to come in, the rangers set up their scale and began weighing it and placing it ready for later collection by CleanMalta. We also had a surprise visit from the Economy Minister Silvio Schembri, who arrived with friends and family in tow. He toured the site, thanked the volunteers, and then pitched in, clearing rubbish into sacks and then removing them for processing by the rangers. 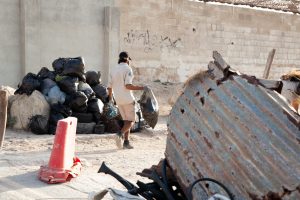 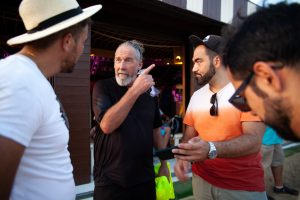 We collected hundreds of sacks of rubbish of all sorts, including huge amounts of plastic of all types. We also found car tyres, car batteries, building waste and incredible amounts of agricultural plastic which had been dumped into the countryside over many years and left to rot, in total 1,359.4 kilos in just over 2.5 hours, and a call to CleanMalta ensured that they were prepped to remove it all. And as a fitting end to a great effort, we gathered at Munchies on the beach for some well-deserved refreshments. 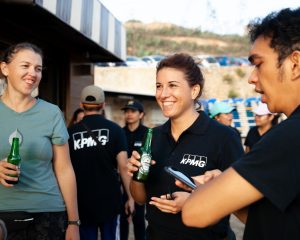 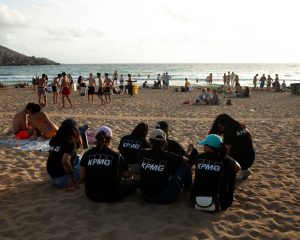 While it is gratifying to see so many people turn out for an event of this type, it is a shame that we need to do it at all. We are convinced that there are better ways to protect the fragile environment of Malta from rampant exploitation and dumping of rubbish. We are here today to make that point - Glen Smith, iGEN CSR Coordinator and KFS member